Brian the snail resides in the beautiful and bustling market town of Tetbury and I have the honour of attending to his twice yearly trims. 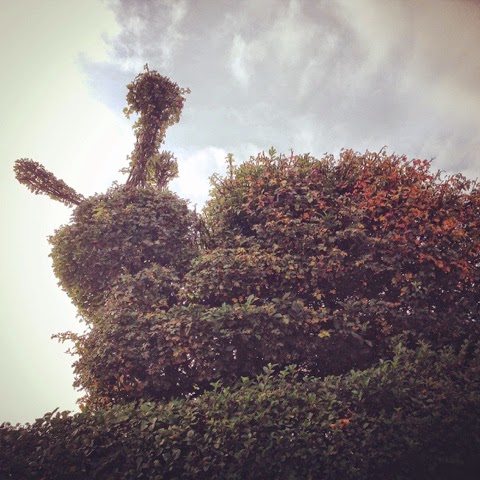 Topiary is one of my most favourite pastimes and I get to do it for a living!!!

Believe it or not but up until recently Brian was a squirrel. His transformation from squirrel to snail has not been an easy one but he is well on his way and I anticipate that he will be a fully fledged snail by late 2015.
Brian is made up of Hawthorn (Crataegus) and Privet (Ligustrum). I usually work with Yew (Taxus) and Box (Buxus) so topiarising Brian the snail is a real treat. 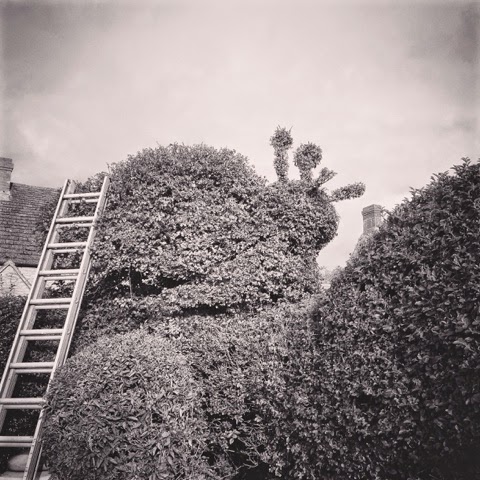